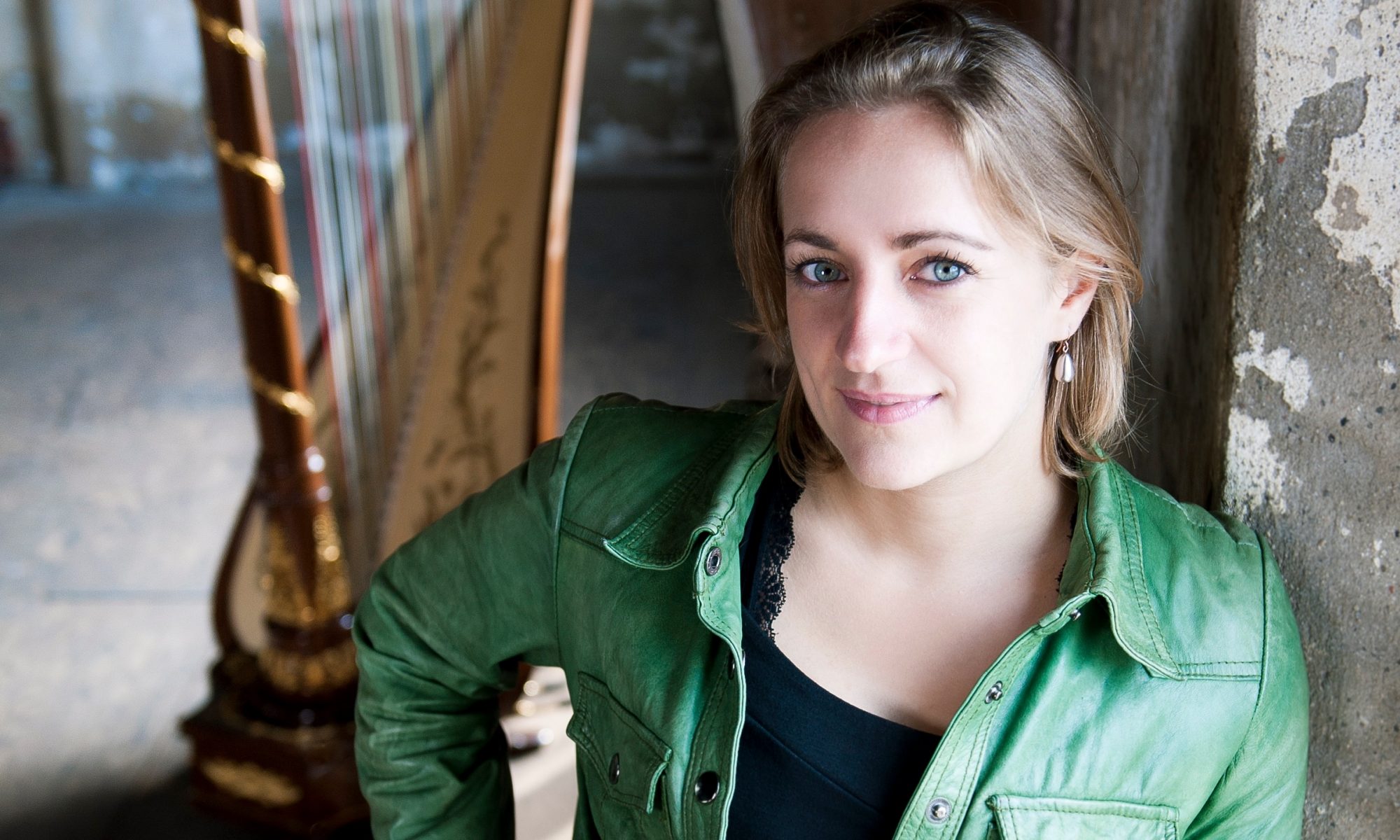 Since years I am working a lot with composers enlarge repertoire and sound of our instrument and that resulted in a couple of nice and interesting pieces by several Dutch and German composers. I gave commissions to Martin Schüttler, Wilbert Bulsink, Ruud Roelofsen, Bart de Vrees and recently to Johannes Kreidler. The composers wrote for harp solo, or solo with electronics, with TV and CD-player, for tow harps played at the same time or video.

During the Gaudeamus Music Week in September 2018, I played the premiere of Johannes Kreidler’s new Piece for Harp and Video together with some other new pieces in that the harp is shadowed, doubled or copied by electronics, samples or video.

New works from the past years written for Miriam: