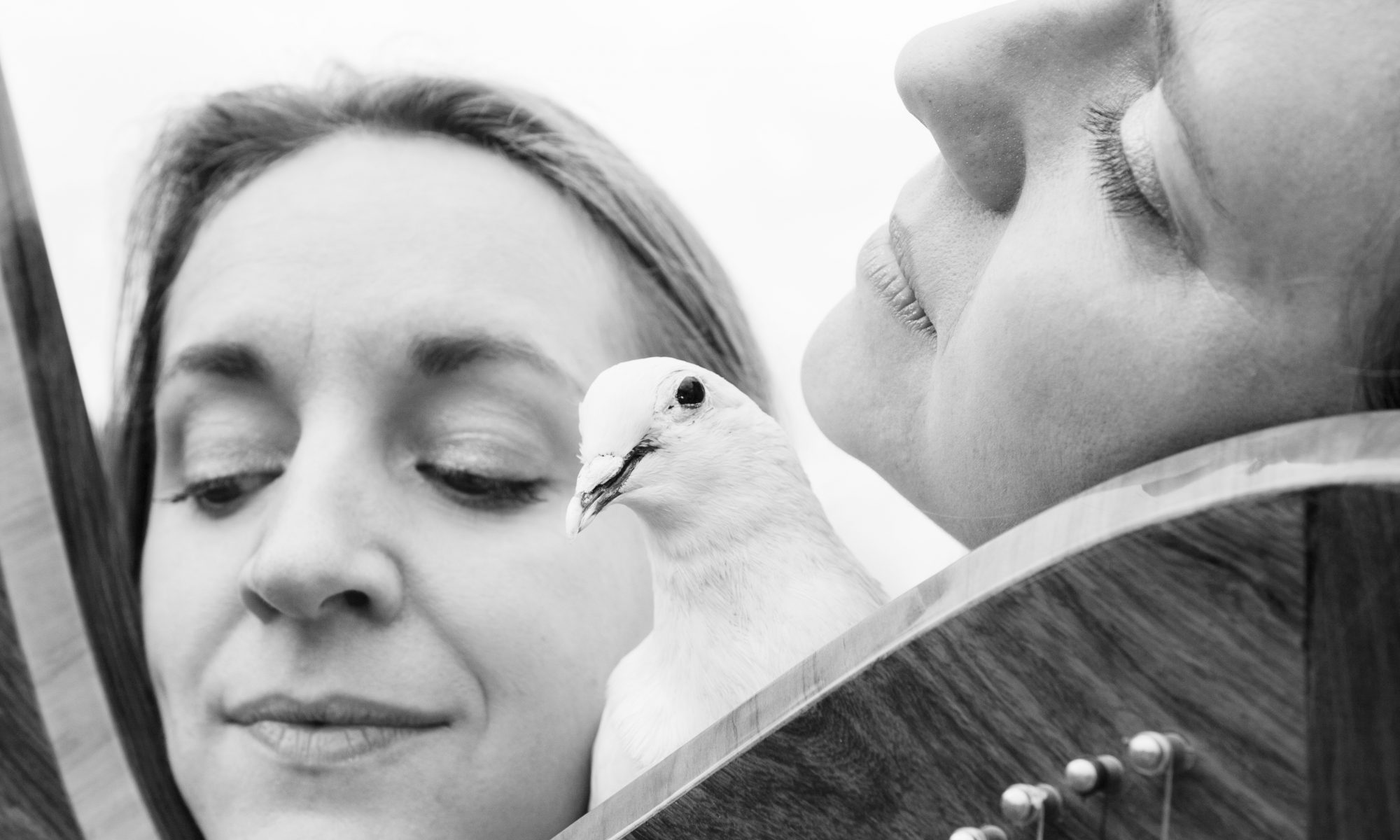 Since last year Miriam is officiel performer of FREUDE for two harps by Karlheinz Stockhausen. Together with Marianne Smit, for whoom the piece was written in 2006 she played during the Bologna Festival and at the Stockhausen Memorial Concert  at his former living place in Kürten.
Watch the video of their performance in december: